Death showed up at my door at a rather young age. I was entering my early 20’s, where life was nearly beginning and death was just a foggy, distant thought. Aside from that one time when I made my childhood acting debut in a funeral education video, I hadn’t really paid death much attention. The other time I recall being curious about death was during the infrequent and brief drives past the cemetery, when my siblings and I would hold our breath out of fear of the old urban legend.

Many, if not most people experience some degree of fear and/or anxiety in relationship to death. It is one of the most common fears and it also happens to be one of the least talked about. Fear is quite powerful because it grabs a hold of us and prevents us from speaking openly about it. The success of various types of therapy groups depends on this one key component, for participants to have the willingness and courage to discuss their fears out loud. Through these group exercises’, the fear slowly begins to lessen. Talking about death with family and friends is the best way to relieve some of our anxiety. My dear friend, Michael Hebb, developed a forum to do just that, openly talk about death with the people you love the most.

Death is unpredictable, we don’t know when we will go and we don’t know how. For my dear friend, Coop, it was lung cancer at age 38. For others it will be heart failure at 82.

As a witness to death in my early 20’s, I am living proof that it is never too soon to befriend this mysterious and unpredictable life experience that we will all undergo. I believe that many of us cheat ourselves out of fully living life, by refusing to discuss death until we absolutely have to. It is nearly impossible to experience the richness of life when we are subconsciously clinging to it.

During my time as a hospice volunteer, I witnessed many people on the clinical staff and on the patient end that were full of fear. Some fear is normal and considered healthy, but the question I pose is: wouldn’t it make for a smoother transition if we worked out some of these fears before witnessing and experiencing our own death?

As the baby boomers become our oldest aging population, it is important that we take the time to discuss end-of-life concerns such as, quality of life verse quantity, dying with dignity, dying in the home vs. the hospital, etc. These are topics that are being discussed more and more, however the need for education and discussion around end-of-life care in our society is higher than ever. Lives are depending on it.

It is concerning that our society continues to put the “hush” on death when it is a common experience that links us all together. Elizabeth Kubler Ross, wrote On Death and Dying to bridge the in-house scientific/academic conversations about death and dying and the gaping need for the information and discussion by the general public. As this book continues to engage people in the 21st century, there are still a lot of gaps that need to be filled.

A simple awareness of death can set this process in motion. No matter how old we are, it is never too soon to educate ourselves on something we will all become intimate with, some of us sooner than later. 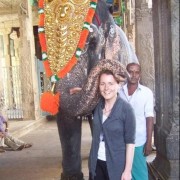